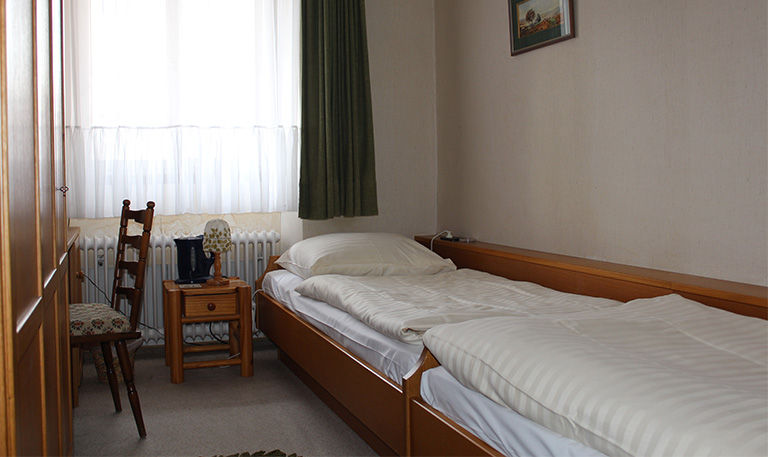 Smaller twin-bedded en-suite room with single beds along one wall.

Cornelia Arnolda Johanna "Corrie" ten Boom (15 April 1892 – 15 April 1983) was a Dutch watchmaker and later a writer who worked with her father Casper ten Boom, her sister Betsie ten Boom and other family members to help many Jews escape the Nazi Holocaust during World War II by hiding them in her home. They were caught and she was arrested and sent to Ravensbrück concentration camp. Her most famous book, The Hiding Place, is a biography that recounts the story of her family's efforts and how ten Boom found hope while imprisoned at the concentration camp.